Reflecting on Life After Loss 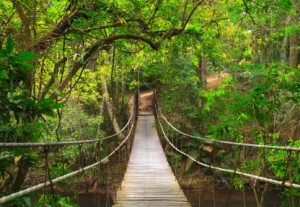 Although I have experienced the loss of several people who were close to me, it is the loss of my daughter that marks the most dramatic pivot-point of change in my life.

This is not to say that my days are consumed by my grief and the loss of Rowan. They certainly used to be, but they are not anymore.

If there were some magical way to roll out the parchment scroll that shows a visual representation of my life to date, you would see the long and bumpy path of my life drawn out from left to right, starting from the day that I was born and leading to today.

I picture leaves and vines growing along this line with events annotated in a flowing hand. Colorful blooms on the vine would appear in a vibrant display of hues representative of my emotions and the dramatic effects of each event in time. A pink rosebud blooms on the day of my birth, a green leaf marks my first day of school. Tiny blue and pink rosebuds signify the births of my four living children. A bouquet of white roses would represent the day I was married. There would also be pale yellow roses tied with black ribbons to mark the untimely deaths of my mother and my brother-in-law. Every moment of note would crowd my vine, each important milestone would be there for you to see.

Each of these events would be dwarfed by the appearance of a large, dark, barren tree that appears to be growing from the deep chasm that tore through my very foundation on the day we lost Rowan. December 18, 1999 would loom large on this scroll, and it would cast a shadow over the future vine, extending for some time. After that date, the line of my life would coil back upon itself, winding and continuing to grow.

For some time after it might take on the look of a wild vine, struggling to find purchase on that familiar old path. Of course, that route is long gone, but eventually a new one does take its place. Over time the vine digs in with its tentacle roots, and we are back again, growing and blooming as we test our strength and our hold on this new path. Things on my vine appear different now; the blooms that you see are a bit less vibrant. The leaves do not have the same glossy sheen they once had. But the vine is so much thicker and the leaves reach out so much farther, the roots are deeper.

Events and milestones continue to occur, each one annotated as they ever had been in that beautiful flowing script. It is in this way that I imagine the the changes in my life. While I do not define myself by the loss of my daughter, I do reflect on my life in terms of “before and after” she died. It has been interesting to see the changes in my attitude and perspective and how those seemingly small shifts have altered just about everything else.

We say it is possible to recover after a deep and painful loss. But I prefer to say that it is possible to survive it. I am unable to imagine a recovery, in that things go back to the way they used to be. That is unlikely, and in my opinion would serve to make the pain and the loss meaningless.