The Dangers of Inhibited Grief 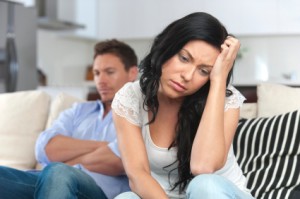 By definition, the word inhibited describes something that is being held back, restrained, or prevented. When framed within the parameters of normal grief reactions and typical bereavement behavior, inhibited grief could be described in the same way. But what does that mean for the bereaved person?

Did they just get lucky in that their grief is not disrupting their daily life? Have they found a way control grief so they can just continue on with their normal activities without the hassle of doing their grief work? Of course, the answer to these questions is a firm, “No.”

Inhibited Grief is a form of unresolved grief where the bereaved person displays no outward signs of normal mourning. This is different from Absent Grief in that it goes on for an extended period of time. Absent Grief is viewed as the complete lack of normal grief reactions due to the bereaved person still coping with a new death. They go about their every day lives as if the death never occurred. They could be in a state of shock, or they could have denied that the death happened at all.

By contrast, inhibited grief manifests itself in the bereaved person physically. For example, after attending the funeral of a close friend who died, a woman might go back to her everyday life and her work without devoting any time to her grief work, never acknowledging to herself that the death occurred, and actually prevent her mourning. In time, her inhibited grief could develop into real physical problems. Dr. Rando, in her book How To Go On Living When Someone You Love Dies describes a case where a woman managed all of the details of her ex-husband’s funeral and then went on as if his death never happened. In time this woman visited her doctor for help with her “deteriorating physical condition”. It was discovered that shortly after the death, she developed severe stomach problems that required her attention for years to come.

Unresolved grief is a serious and preventable issue that affects many people needlessly. Look for the next article in our series “Understanding Unresolved Grief” where we explore Distorted Grief.

Check out the other articles in this series: Understanding Unresolved Grief