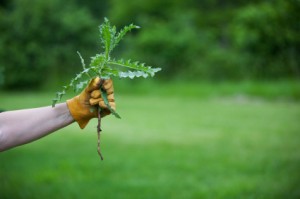 Dealing with the reality of changing relationships after your child dies.

A wise gardener once told me that if you want a beautiful garden to grow you must weed it from time to time. Weeding for any gardener, whether it’s a small flower pot on the front porch or a gorgeous flower garden in the backyard is an assumed task and occasionally just has to be done. However, if you neglect to prune the weeds they will eventually begin to overcrowd or, worse yet, become invasive and try and take over your entire garden.

After the death of my son, I began to apply this same logic to my own life.

On November 7, 2005 my son Alex was stillborn; I was 37 weeks pregnant with him. He was perfect and healthy, except for the twisted umbilical cord that cut off his oxygen supply. Alex was a beautiful 8 pound 21 inch baby boy. Up until this point in time, my “life garden”, as I will affectionately refer to it, was perfect.  Or, so it seemed.  But on that date, and from that time forward, everything was different. My life garden had been devastated. There were no more blooming flowers; they had all been drowned by the tears that showered down upon them. Those first few weeks after Alex’s death were very surreal. Nothing mattered any longer. Life had continued to go on around me and I felt like I was helplessly watching a horrible movie unfold before my eyes and I couldn’t find the door to escape.

Soon the weeks turned into months and I had noticed that my life garden had a small number of flowers that had weathered the storm. Of course, the black cloud was ever-present and it still rained sporadically, but it was not raining quite as hard or as long as it did those first few months. My husband and living children were still there, they had always been there I just couldn’t see them until the rain had subsided. And new flowers began to sprout up – flowers that I had never planted or maybe never noticed before. These new friends and past acquaintances were now offering me their  genuine love and support and would become the flower border surrounding my life garden. The support they gave me and continue to give me is cherished, now and forever.

As my garden began to slowly grow back, so did the weeds.  At first I didn’t have the energy or the strength to pick them so I just ignored them. But eventually they were beginning to suck the life right out of me. I was struggling with how to cope after the death of my son as well as what it meant to me and how his death would define me forever. There were family members and numerous friends (too many to count) that could not or would not grant me the space or the respect to figure this out.  I did not understand why they could not offer me their support, after all they were there for me in the past, right? They had been there before when I needed them, what was so different this time?

It was the death of my child that was different. I had changed overnight but they had not. I was not that same person any longer and they wanted the “old” me back. They wanted everything to go back to “normal”. But this was the new me and my life had taken a different path and this was a journey they did not want to take with me. My grief had suddenly shifted from grief for my son to anger towards them and I was going down a very dangerous road. I had veered off my path of grief and was headed down the winding road of hate and rage. My world was spinning out of control and I needed to reclaim it. I realized that my focus needed to be on my son if I was going to move through this grief process in a healthy way. It would have been very easy to shut out everyone. But what I needed to do was to remove any outside forces that were preventing me from my journey.

So began the weeding process. There were the co-workers who would avoid me if they saw me coming their way as if they could “catch” my bad luck like the common cold. On the outside they looked like flowers, but it quickly became apparent that they were indeed weeds. They would be easily plucked from my garden because their roots did not go very deep. It was the weeds that I had ignored for too long that took more energy to pull. Their roots were deep and in some cases were connected to other noxious weeds. Pulling one  meant pulling two or more along with it. Those were the seemingly close friends that never called, never offered their support; it was like they disappeared from our life after the memorial service.

But it was the family members that hurt the most. The ones you would expect to be there for you. The verbal attacks and insensitive comments like, “When are you going to move on?”, “Shouldn’t she be over this, it’s been 3 months?”, “She should be grateful she has two living children” (Like one can be swapped out for another!) The last straw for me was when family members questioned my parenting abilities towards my two living children, this only 4 months after Alex’s death. Evidently, I had allowed my children to make faces at the adults and this caused them great pain and disrespect towards them. Hmm…sounds like a great reason to attack my parenting skills.

Initially, the shock of finally removing them from my life stung, but if my garden was going to continue to grow it simply had to be done. I gave myself permission to do this and coupled with that permission was the power I needed to gain control over my life once again.

I continue to weed my garden but it isn’t needed as frequently anymore. I am stronger now and more attentive and am able to pluck  any weeds before they even have a chance to touch the soil. I am planting new flowers everyday and watering the ones I have. Every now and again the thunderstorms roll in but I have realized that my garden needs the rain and the sun in order to continue flourishing.