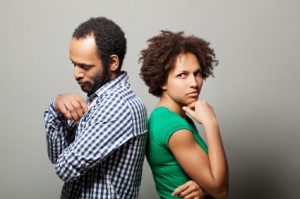 Trying to remain objective in the face of emotion.

I asked my husband the other day if he thought about our deceased daughter daily.

His response was that he did not.

I respect the fact that he answered the question honestly, considering he must have known it might upset me.  He had an apologetic tone as he did so because I am sure he knew it was not what I was hoping to hear.  I suppressed the knee-jerk flare up of righteous-indignant defense of our daughter’s memory, and tried instead to make sense of why this is the case.  But since then I had been troubled by the knowledge that she doesn’t occupy his mind in the same way that she does mine.

Many of the things my husband and I have gone through after losing Rowan have not been unique to us.  In fact, much our grief experience as a couple has been rather typical – if it is even possible to truly compare anyone’s grief experiences to another.  I have to wonder where this disparity fits into that, and I now feel curious to know if there are other husbands out there who are equally unoccupied by these thoughts that never leave my own mind.

Losing a spouse or a parent is different than losing a child in just about every way, but since I think about my mother every day as well my daughter, I was curious to test my initial theory that perhaps it was a male experience: Not being consumed by thoughts of deceased loved ones.

My mother died the year before we lost Rowan, and so I called my father to ask him if he thought about my mother every day.  He responded quickly that “I do, absolutely.”  Then he asked me why I wanted to know.  When I explained about my dilemma, it caused my father to expand upon his answer.  “Things come up that remind me of her”, he said.  “Situations come up when I wonder what she would do or say.” He added.  “It is not like I sit and contemplate her on a daily basis, I think it is because we were together so long that a lot of things that happen in a day remind me of things we did together.”

Upon reflection, I see that my experience as it relates to my mother is the same as my father’s.  My daily thoughts of my mother are like little vignettes from the past, reliving shared experiences or poignant moments that are cemented in my mind.  I frequently wonder how she would have felt about or reacted to one thing or another.

This left me wondering if the difference was the fact that Rowan lived only a day.  Does the lack of time and having no real opportunity to make memories and truly experience her translate to fewer moments of reminiscence for her father?  My husband thinks that is part of it.  “There was a different bond between me and Rowan than between you and Rowan.”  He is right about that.  His experience truly only began at her birth, while mine started at the moment we learned I was pregnant.

He also stated hypothetically that if one of our living children should die, it would not be the same type of loss as losing Rowan.  We talked about his meaning that since we have known each of them for much longer than a single day, the type of memories we would have would be very different and much more varied than those we have of Rowan.  He is right about that, and yet he was talking about memories, not exactly what I thought I was initially addressing.

On further reflection, I realize my daily thoughts are not all about specific memories of my time with Rowan, although most of them end up there eventually.  Most of the time, it is something I will see or hear that will cause me to react in a way that makes me think to myself, “The old me would not have done that.”  And this starts me down a path of thoughts that ultimately leads to Rowan.  My thoughts pertain mostly to my own experiences since her birth and death, my perspectives, my pain, and how my view on everything in my daily life is changed as a result.  I am very aware of that shift in my view, and I do trace that change back to losing Rowan… but is that the same as thinking about her?

Maybe I had asked the wrong question.  So, today I called him at work and I asked my husband if he would say he is changed by the experience of losing Rowan.  “Yes, I definitely would.  I am completely different because of it.”  He went on to say “I function totally differently than you, and that is just the difference between us, as well as a male female thing.  Men generally look forward, not back.”  As much as I would like to think he is an ambassador for all men, I couldn’t begin to know how prevalent that notion is.  But, I think the fact that he is aware of the changes in him means something.  Perhaps the difference between us is that I, like many women, have the desire to sit and contemplate, and dig deep within my experiences and not just see and react, but to actually seek the root cause of my reactions and feelings.

Perhaps the disparity is not that I am changed and he is not, or that I am affected and he is not.  Perhaps the difference is that I cannot resist the urge to mull and stew and brood and contemplate over everything, whereas he tends to chug along through his day wearing his new normal, not really giving any of it much thought.

This year will mark nine years since we lost Rowan.  I know that my perspectives on our loss, like our perspectives on just about everything in life, have and will change and develop over time.  I marvel at the fact that even after all these years, there is still so much to learn.