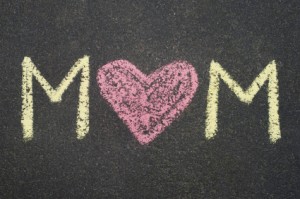 As Mother’s Day approaches this year, I am caught up in a reverie thinking about how much my view of this holiday has changed over the years.  Images are arranging themselves across the timeline of my days.

It is bittersweet to look back on how the meaning of this special day has been transformed by the events of my life.

As a young child, Mother’s Day was always a fun holiday because there was not much to it. We did not have to go to church in observance of a holy day; being that my sisters and I went to Catholic school with obligatory mass attendance at times even during school, this was a nice break.  Mother’s Day meant getting dressed up and usually going to one of my aunt’s homes for a family gathering and dinner.  We would shower my mom with home-made cards and presents and listen to her share her greatest wish that we would all just get along with each other. Honoring my mother on Mother’s Day as a child was a happy and simple thing.

As I grew into adulthood, Mother’s Day became less of an event. I would buy my mother a card that spoke the words from my heart and usually write inside how grateful and thankful I was to have her as my favorite mother.  I would bring her flowers or some other small present.  We might have treated her to a special dinner out or cooked a meal for her at home.  Honoring my mother on Mother’s Day as an adult had become more about respect and a truer understanding of the day, but it was still happy and simple.

Over the years, I have experienced Mother’s Day in many ways; gaining a mother when I married, remembering my mother after she died, and gaining a step-mother when my father remarried.  But nothing has held my heart so much as when I was celebrating my status as a mother to be, or when I had to face my first Mother’s Day as a bereaved mother.  Remembering my daughter after she died and trying to feel like I qualified for the honor even though I was a childless mother on Mother’s Day was when it all shifted.  This light and happy day became complicated and sad.

Being honored as a mother in my own right was heartbreaking on that first Mother’s Day after my daughter died.  It was so completely different from how it was supposed to have been.  I felt joy at being told to have a Happy Mother’s Day by those who knew.  She was gone only five months at that time and I remember feeling so desperate to be acknowledged as a mother, her mother.  I also knew the disappointment and pain of being forgotten by others then.  I began to feel like I actually did not qualify for the honor of being called Mother.  Does her death disqualify me from this title?  I feel like her mother…

A holiday that used to seem so harmless and safe is now the bearer of so many heavier things.  It has become like just about every other holiday: bittersweet and complicated.  In the years that followed my daughter’s death, we have been blessed with wonderful living children.  Mother’s Day now hurts on a very different level.  I am being honored for the mother that I am to the children that other people can see.  Our dead daughter is rarely mentioned.  Looking on, your eyes will show you my four children, but if you could see my heart you would find the one who we are missing. Each of us who have experienced the loss of our precious little ones understand that being a mother has little to do with having them here in our arms today.